I just reached my 2014 reading challenge target of 50 books this year, all by women! I’m so glad I did it, for a number of reasons. I wrote about some of these when I was halfway through the ReadWomen2014 challenge. As well as reading more this year than I’ve done in a really long time, this year has also been the first year that I’ve written so regularly, and I can’t help but connect the two; maybe putting so many new ideas and perspectives in my head had to result in a bigger “output”, too.

Looking back on the list of books I read revealed a few surprises to me, such as that the majority of authors I read are from the US. I had an inkling that this was happening about halfway through the year, so I tried to avoid books from North American authors in an effort to widen my perspective - but it proved more difficult than I had thought! I found that lots of writers were African-American, living in the US, when I had thought that they wouldn’t be related to the US in any way from a quick scan over their initial biography and writing topic.

My favourite genre this year was, by far, science fiction. Before you skim over this paragraph if you’re not into science fiction - wait! I was totally sceptical of science fiction too, and really didn’t see the draw of it. But, try thinking of it as a series of thought experiments, to challenge your way of thinking. That’s it; just a challenge to your imagination, a different way of understanding structures and things you take for granted. 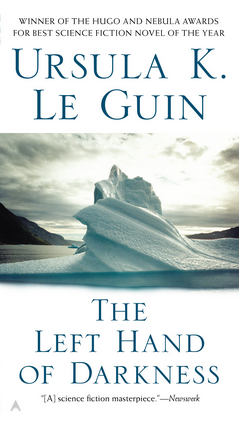 If I can recommend just one book that you test the waters of science fiction with - try Ursula K. Le Guin’s book, The Left Hand of Darkness. For more proof of just how much I liked her books - it turns out I read 7 books by her this year (and probably would’ve enjoyed many more, but I wanted to diversify a little!). One of them, Lavinia, leans more towards historical fiction rather than science fiction, but was just as mesmerising a read as the others.

Another wonderful science fiction book that I read this year and can only recommend, is The Gate to Women’s Country by Sheri Tepper. I couldn’t (can’t?) stop thinking about it. It is set in a dystopian future where roles in society are more strongly set out by gender than ever before. Read it, read it, read it!

The majority of fiction books I read this year were, it turns out, feminist science fiction. All of them were pretty wonderful, and challenged lots of my understandings of social structures - writers like Octavia Butler, Lauren Beukes, Connie Willis, Margaret Atwood, and Ann Leckie, whose debut novel Ancillary Justice was truly fantastic. I would also especially recommend, from that list of authors, Octavia Butler’s time-travelling wonderful book Kindred. A new genre for me was ‘Afrofuturism’- a mix between African traditions and science fiction, which I find fascinating! If you like the sound of that, I’d recommend Nnedi Okafor’s book Who Fears Death. 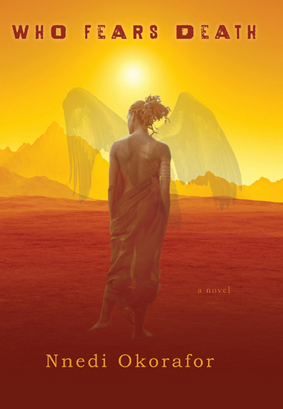 Another particularly good fiction book that I enjoyed this year was The Summer We Got Free by Mia McKenzie - it was beautifully written, and fairly dissimilar to the other books I read this year. It’s the winner of a Lambda Literary Award - which is the way I came across it - and is a really haunting story, that I couldn’t put down.

Similarly, “The Book of Unknown Americans” by Cristina Henriquez was really great. It tells some interweaving stories of Latin American families who have arrived in the US, and the journey and lives they lead.

Ghana Must Go was another favourite, from Taiye Selasi. It tells the tale of a family whose members move across continents and countries, and the struggles of identity and family ties they experience as immigrants in various contexts. On a slightly similar theme, and an equally (if not more) engrossing book - Imagine This by Sade Adeniran. It’s written as a fictional diary of a girl who moves from London to Nigeria, and all about the culture clashes that she experiences.

In terms of non-fiction, one of my favourites was Emily Parker’s book Now I Know Who My Comrades Are, which I wrote about in more detail here. In short, I appreciated it greatly for the author’s in-depth knowledge of the countries she was writing about (China, Cuba and Russia) and her understanding of how offline culture affects the way that people interact online. It was a fascinating read about internet activism in different cultures.

Another top read was Gabriella Coleman’s book Hacker, Hoaxer, Whistleblower, Spy, which I’ve been meaning to write more about. We discussed it in Tech Book Club, and we weren’t short of things to discuss; it is the story of Anonymous, but touches upon many other fascinating topics - activism, online harassment, people’s behaviour online vs offline, anonymity, hacker culture, organising online and offline… it’s reasonably long, but it’s an engaging read, and much less academic than her previous book, Coding Freedom. I also really enjoyed Coding Freedom, and have recommended it a lot to people who want to understand more about the world of hackers!

In the genre of feminist non-fiction, Laurie Penny’s book “Unspeakable Things: Sex, Lies and Revolution” by Laurie Penny was really good. It’s largely focused on British society, and is a good analysis of gender and power, with a healthy dose of personal anecdotes spread throughout the book.

bell hooks’ The Will to Change: Men, Masculinity and Love was really, really incredible. I don’t know what to say about it other than that. It’s not a long read, and totally worth it.

I was lucky to read overwhelmingly good books this year, largely through recommendations or mentions of the books online or on Twitter, and I would love to write more about them here. Unfortunately, writing about all of my favourites would make this post just too long, so I’ve listed below the full list of books I read. Those that I would recommend strongly have two stars by them, and those which I would still recommend, but perhaps less strongly, just one.

And to end my year of reading lots, a quote from Ursula K. Le Guin: