On being bicultural (or maybe just confused) 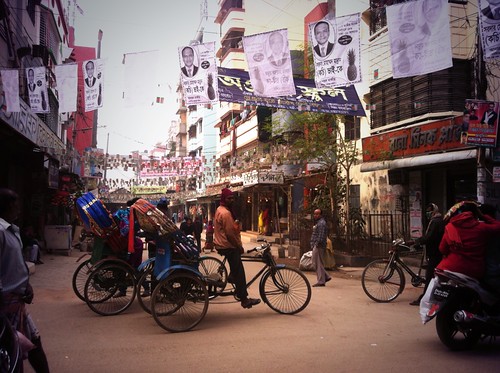 Realising that not all of my friends had a “rice bin” in their kitchen was a revelation to my 11-year-old self. I had gone to fetch some orange juice from kitchen when my friend noticed the bin, and asked what it was; her astonishment at realising it was full of uncooked rice in turn astonished me.

It became a star attraction in my house when friends came over and in a way, I quite enjoyed the attention, despite not really understanding why it was such a big deal. My family bought rice in huge sacks, and immediately emptied it into the bin, and that's where my mum got it from when she cooked it every day for the family. How did the rest of my friends' families do it? Directly from the big sack of rice? That's not very practical, I imagined, they were hard to close once you'd cut the sacks open.

A-ha. They weren't eating rice every day! This revelation came later, when I realised that eating at friends' houses meant eating funny things like mashed potato, fish fingers and burgers. They were quite a novelty to me, and in all honesty, I felt a little sorry for my friends, not getting to eat rice and all the tasty things that came with it every day like I did.

There were other moments like this dotted throughout my childhood; realising that playing carrom was an activity to do when other Bangladeshi families were round, but not with my school friends; observing that some people had all of their family in the same country as them, or that they could name all of their cousins, and count them on just one hand!; my friends' amazement at seeing my mother's beautiful sari wardrobe, full of gold and bright colours and gorgeous silks; understanding that weddings in the UK were small affairs, over in just one day. (Those poor things, only getting to have a one-day-long party, I thought.)

When I was at university, I wrote essays on biculturalism and bilingualism, focusing on Latino communities living in the US, and looking into how the mix of languages helped them make sense of their split cultures. I loved, and still do, delving into the links between culture, language and behaviour.

But somehow, I never considered myself as part of that 'bicultural' tribe about whom I was writing. The city where I went to university was overwhelmingly white and middle class, as was the high school I attended, and the area I grew up in. I spoke English at home with my parents, I took part in all the same activities as my friends, I wore the same clothes as them, all of my friends were British, (or Irish). I wasn't 'between' two communities, as were the people in my studies of biculturalism, we were simply British, and that was that. I couldn't (and still can't) even hear my parents' Bangladeshi accents when they speak English – I was so surprised when people told me that they had an accent.

But then, of course, I left my little bubble, and began noticing, and appreciating, more of those little things that set me apart from my (white) British friends. I travelled around India, where I paid the same price as Indian nationals to get into the Taj Mahal, leaving my (white) friends to pay the 'foreigners' charge of 100 times the price. I moved to Spain, where people assumed I was Italian, or Brazilian, given my 'funny' Spanish accent. I travelled in the Middle East, where people spoke to me in Arabic, and ignored my (white) colleagues.

Perhaps most significantly, I moved to Germany, where I've had to self-identify as 'Bangladeshi' more than ever before. Maybe because of this, I spent time reading and learning about Bangladeshi culture and history, and chose to spend last winter there, with my extended family. And I realised that there's no denying I am 'bicultural' despite my thoroughly integrated childhood into white, middle-class Britain.

So many parts of Bangladeshi culture are familiar to me that would be alien to my British friends – and in some ways, I've managed to combine the two so I get the best of both worlds. On an entirely practical level, for example, most of the clothes I'll be wearing this summer were tailor made for me in Bangladesh, but look like regular European dresses. At the same time, though, so many parts of Bangladeshi culture are completely alien to me, especially the lack of independence I face there as a young, unmarried woman.

The best way I currently have of defining biculturalism, though, is different to how I did when I was thinking about it while at university. Back then, I thought of biculturalism as simply having two cultures present in one's life. Now, I'd define it as a paradox of feeling at home in two cultures, while not not really fitting in 100% in either.