Women in technology initiatives - all they're cracked up to be? 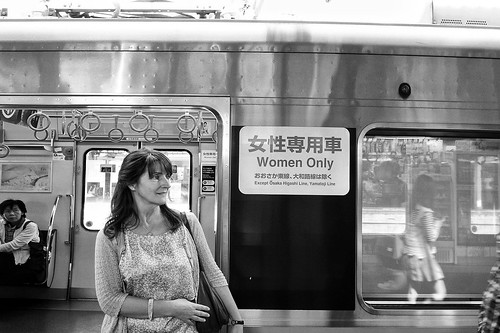 This article, on Posh white blokes in NGOs, caught my eye a couple of weeks ago. And then this reply, by an employee of an author of the first.

Rather than hashing over the whole discussion again, it's enough to say that I enjoyed a number of things about these pieces; that Ben Phillips was self-aware enough to write the piece, that Guppi Bola was pragmatic enough to, rather than simply talking over the issue, suggest some clear and concrete actions that NGOs and organisations can take.

I also enjoyed the fact that none of these suggestions involved gender stereotypes; no organic juices for the women, no football sessions for the men, but instead genuinely fair and balanced suggestions to help organisations be more diverse and “make change happen for real.”

This is not what I see in many other initiatives also claiming to make change happen; and here, I have specific examples to mention. Women in technology initiatives which, while with the best of intentions, miss the point entirely.

I've talked about women in tech initiatives with a number of friends and colleagues over the past few weeks, and it's been great to get people's feedback on some issues I've been feeling uncomfortable about. Here's why. 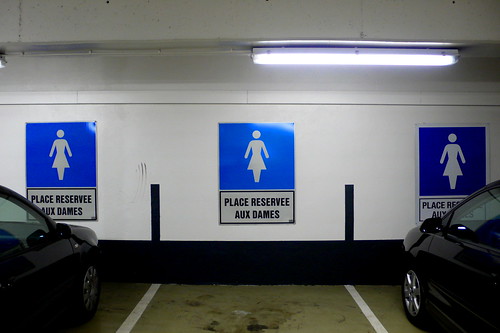 a. I want to be recognised or singled out on a merit-only basis, most definitely not because of my gender. I don't want to be offered special courses or have doors opened to me, purely because I am a woman.

b. The women in tech initiatives that tout the benefits of learning how to code as though its the silver bullet for everyone. An example of an article that does this is “I wasted four years of my life – don't make the same mistake” by Belinda Parmar, founder of Lady Geek. In short: studying anything but a STEM career, was a complete waste of time. Humanities didn't teach her anything.

“The next three or four years of your life may be romantic, inspiring and entertaining, but you are still wasting your time.”

Apparently, being inspired is a “literal” waste of time - slightly ironic then, that the blog was run in the series ‘Inspiring leaders’.

Learning how to code, or having a career in technology, is not for everyone, and this article, “No you don't need to learn to code” explains why, brilliantly.

c. In some ways, all-women initiatives reinforce gender stereotypes entirely. I once came across a list of things required to run a successful women-friendly hackathon, which included having a craft corner, providing organic juices, and running yoga classes.

The depth of gender-related assumptions and stereotypes within those suggestions; the fact that this was coming from someone within an organisation advising others on how to run women-friendly events; the assumption, above all, that all you need to keep women happy in tech is crafts, organic juice and yoga?! Please, give us some credit. Paraphrased from a colleague – what about good wifi and coffee?

But then, there are of course strong arguments to the contrary; women in tech initiatives have, for everything I've said here, done some great things. They've created safe spaces for women who might otherwise have not followed their desire to learn to code, or to start a career in tech, and they are inspiring girls to take up STEM subjects, with strong role models to follow.

It's no mean feat, and I don't mean in any way to undermine these achievements with my comments above; I just can't help but feel a little strange, sitting in a room full of only women, with computers in front of us. But a friend of mine expressed this situation very well recently:

“Perhaps the only way we can bring the balance to the middle is by skewing it really far the other way.”

It's a fair point – maybe, in order to balance out the years of male-dominated technology initiatives, we need to grow and support these all women initiatives, in the hope that one day the two of them balance out.

In the meantime, though, I do wish that all-women technology initiatives would take the time to think about how they are going about what they do, making sure that they're not reinforcing the gender stereotypes they've been working so hard against, and not losing that sense of self-awareness that is all too crucial to discussions about diversity.